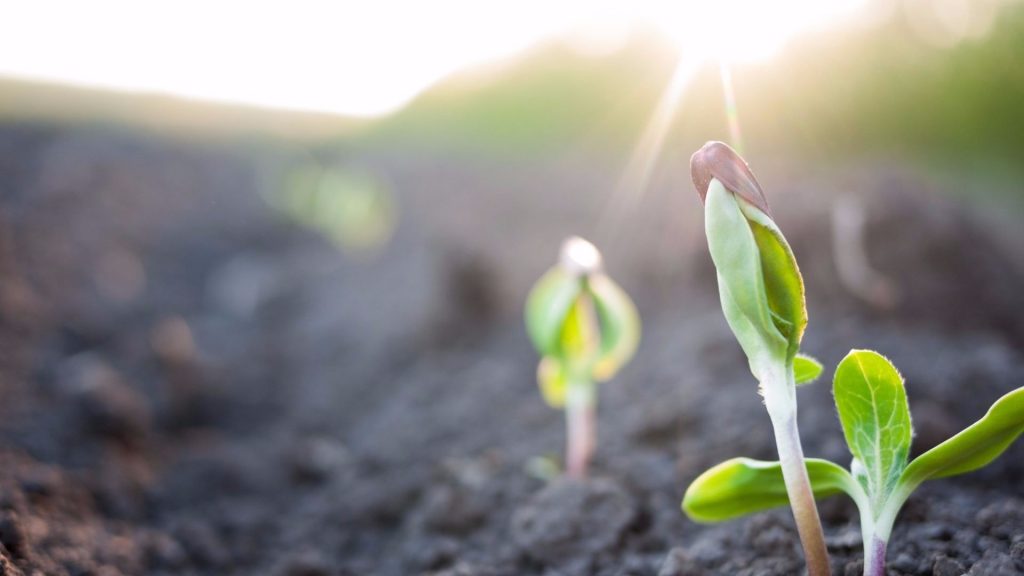 “In fact Christ has been raised from the dead, the firstfruits of those who have fallen asleep. For as by a man came death, by a man has come also the resurrection of the dead. For as in Adam all die, so also in Christ shall all be made alive. But each in his own order: Christ the firstfruits, then at his coming those who belong to Christ.”
– 1 Cor. 15:20-23

Joseph of Arimathea, the wealthy and prominent council member (and also secret disciple of Jesus) was the man who, along with Nicodemus, tended to the body of Jesus after the crucifixion. According to custom these men prepared the body with myrrh and aloe and wrapped it with linen. Then they planted it in the earth. They took the great seed and laid it in the ground. These two men did now know the full measure of how God was using them. To them, these were simple burial rites, but history tells us they had a hand in sowing something far greater. For Christ is the first fruits. He had been lifted up on the tree, where, having been plucked by the hand of the Father, he would become the spore for new life. I wonder if the two men had any clue. Perhaps they had once heard these words of Jesus, but did not understand the fullness of the message.

“The hour has come for the Son of Man to be glorified. Truly, truly, I say to you, unless a grain of wheat falls into the earth and dies, it remains alone; but if it dies, it bears much fruit.”
– John 12:23-25

We know now what they did not know on that Holy Saturday so long ago. This is the day when, in order to restore Eden, the second Adam became the husband of our souls. He descended into the depths to germinate once again the garden of paradise. This is why the gospel of John tells us that at the place where Jesus was crucified, there was a garden, and in the garden a new tomb, in which no one had ever been laid. When Joseph and Nicodemus placed the body here, they were taking that which had once been sown in a virgin womb and re-planting it in a virgin tomb. And now, this great seed, having accomplished that for which the Gardener intended, would become the source of a great harvest, one that would feed the nations. This was the awesome culmination of what had been told about him through the prophets.

“For as the rain and the snow come down from heaven and do not return there but water the earth,
making it bring forth and sprout, giving seed to the sower and bread to the eater,
so shall my word be that goes out from my mouth;
it shall not return to me empty, but it shall accomplish that which I purpose,
and shall succeed in the thing for which I sent it.
For you shall go out in joy and be led forth in peace;
the mountains and the hills before you shall break forth into singing,
and all the trees of the field shall clap their hands.
Instead of the thorn shall come up the cypress;
instead of the brier shall come up the myrtle;
and it shall make a name for the LORD, an everlasting sign that shall not be cut off.”
Isaiah 53:10-13

Brothers and Sisters, the story of Jesus is a constant reminder that life comes from death. During the pandemic, we are surrounded with encroaching darkness, and yet, the spring is here. Sunshine brings new growth and color and blossom all around us. Let each bud and flower remind us that “you have been born again, not of perishable seed but of imperishable, through the living and abiding word of God” (1 Peter 1:23).

The blood of Jesus that was spilled yesterday will water the earth and bring it back to life. Even now His blood seeps into the soil of our hearts and generates new growth. Every field that drinks from that crimson flow bursts into color. We will affirm this tomorrow morning as we sing these words:

His reign shall know no end, and round His pierced feet
Fair flowers of paradise extend their fragrance ever sweet!

Amen! Hallelujah! The Lord rises, and we shall rise with him. This Easter season, may our hearts open like flowers toward the Sun above, and may our lives be fruitful seeds for the Husband of our souls.

print
Previous
Staying by the Cross
Next
Listening to Each Other